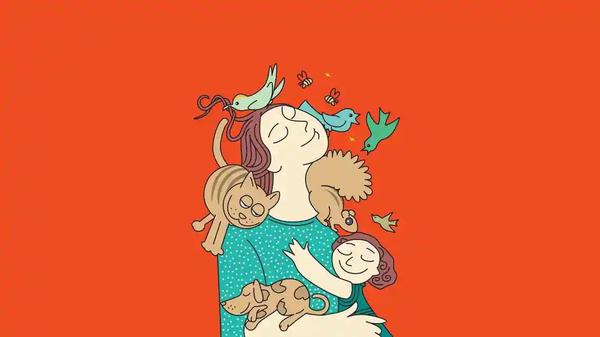 Finding unusual friends in the time of covid-19

On 11 March 2020, as the World Health Organization (WHO) officially declared the covid-19 outbreak to be a global pandemic, life as we knew it changed. Most of the world woke up the morning after realising they couldn’t leave their homes unless they had a compelling reason to do so. 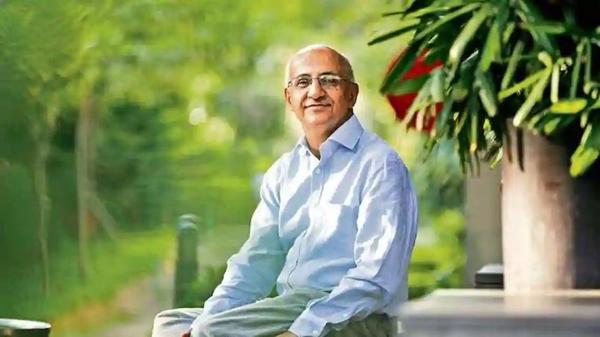 The problem is not out there, it is within us: Harsh Mander

Early on in his new book, Locking Down The Poor, social activist Harsh Mander vividly recalls the “human-made flood of hunger” he witnessed in Delhi after Prime Minister Narendra Modi locked down the country at a few hours’ notice in March to control the covid-19 pandemic. Although the move caught everyone, including the comfortably-off middle class, off guard, it was the poor who paid the harshest penalty. 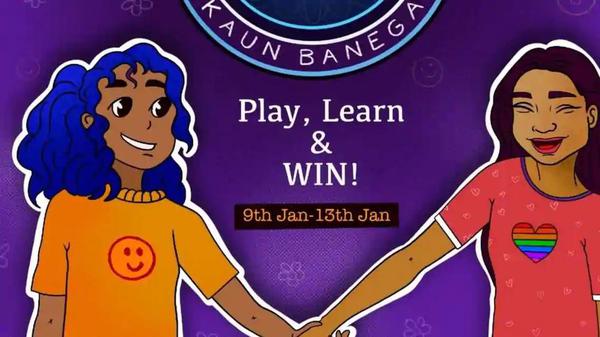 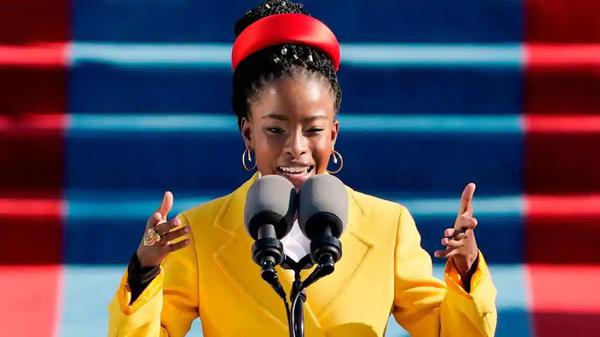 Amanda Gorman owes her inheritance to these icons of black poetry

On Tuesday, 23-year-old Amanda Gorman captured the heart of the internet with her spirited recitation of her poem, The Hill We Climb, at the inauguration ceremony of the new US president, Joe Biden. 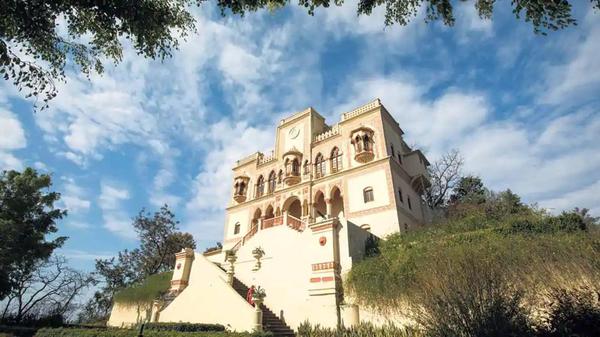 Go for a working wellness retreat, not digital detox

For the last four years, Protima Tiwary, an influencer and entrepreneur, has embraced the life of a digital nomad. Whether she is at a yoga retreat or wellness hub, work never stops for her. As a freelancer keeping her own hours, she cannot disconnect entirely, but she can punctuate her schedule with phases of rest and relaxation as she recharges herself with a change of air and scene. Now, with the possibility of remote work becoming a reality, such a lifestyle has become accessible to far more people. “It doesn’t matter if you are logged in from your home in Mumbai or villa in Alibaug,” Tiwary says. “You can be productive from anywhere.” 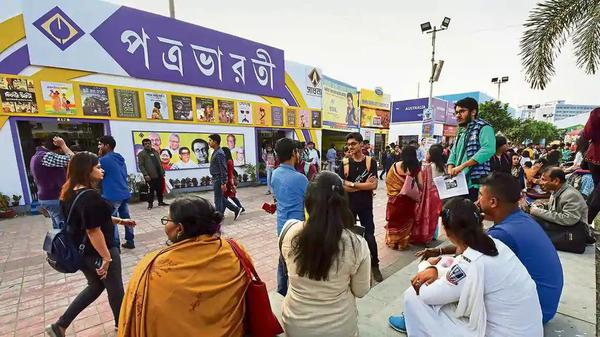 A Kolkata winter without the book fair

Earlier this month, when the Publishers & Booksellers Guild, which organises the International Kolkata Book Fair (KBF), announced that the annual event would be postponed due to the covid-19 pandemic, the decision probably registered as a blip on the never-ending cycle of bad news. The call to not hold it in the usual period of end-January to early February was taken after prolonged deliberations, says Sudhangshu Sekhar Dey, honorary general secretary of the guild. “We have been weighing the pros and cons of organising the 2021 fair since June last year,” he adds. 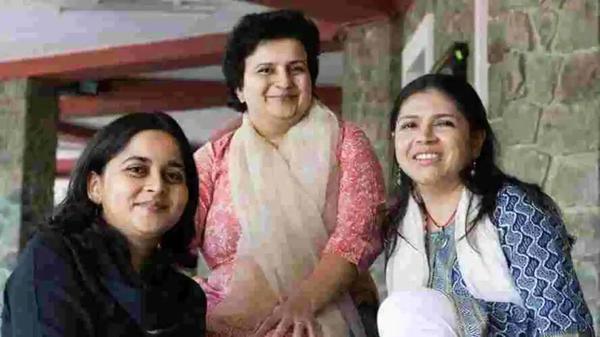 Are women free to loiter on the streets of India in 2021?

Ten years ago, when writers Sameera Khan, Shilpa Phadke and Shilpa Ranade wrote Why Loiter?: Women & Risk On Mumbai Streets, India was yet to experience one of its most horrific crimes against a woman in public—the 2012 gang rape and murder of a student in Delhi. Since then, women have occupied the streets in numbers to raise their voices against harassment and violence, defy the limits imposed on their freedom of movement, and rebel against the fences put up by patriarchy. 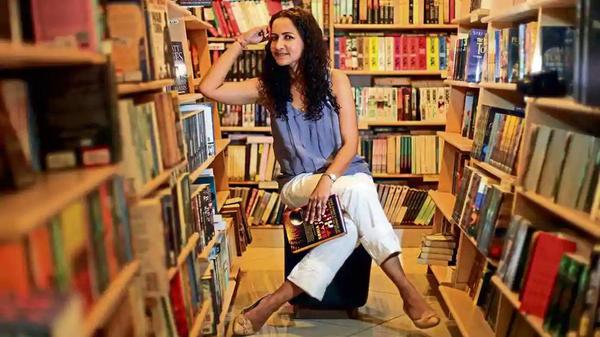 The Good Girls by Sonia Faleiro: Anatomy of two deaths

Sonia Faleiro’s gripping new book, The Good Girls, was triggered by a singularly horrific image which went viral on the internet in 2014. In the sweltering days of May that year, two girls (Faleiro gives them the monikers Padma and Lalli to protect their identities), first cousins, were found hanging from a tree in an orchard in Katra, a village in Budaun, Uttar Pradesh. Their families pointed fingers at the dominant-caste Yadav men in the neighbouring village of Jati. The Shakyas, like the Yadavs, belonged to Other Backward Classes, but they accused the latter of abducting their girls, gang-raping them, and killing them. The state, ruled by powerful Yadav politicians, had given their clan license to act without fear, the Shakyas said. 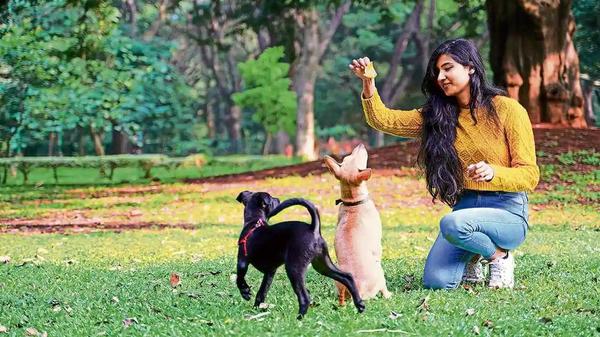 How pets helped Indians get through the pandemic

The last time Job Koshy had a pet was when he was eight or 10 years old. “We had a Dobermann puppy who lived with my family for five years,” says the Bengaluru-based edutech professional, now 33 and a father of two. “He was my best friend and died while saving my mother from a viper.” Koshy did not get another dog for years. Then the pandemic struck, and the stars aligned to change his resolve. 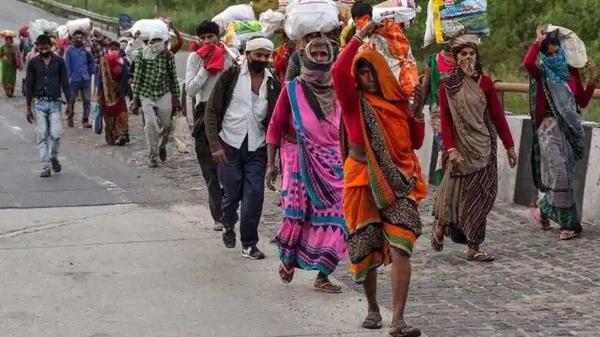 To those of us following the course of the pandemic via hourly news updates, Vinay Lal affords a unique lens to look at covid-19. His excellent new book, The Fury Of COVID-19: The Politics, Histories, And Unrequited Love Of The Coronavirus , provides a long perspective into our present through a historian’s eye. Is covid-19 really as unprecedented a crisis as we think? How did the Spanish flu of 1918, which felled 12-20 million Indians, end up as a “forgotten pandemic”? 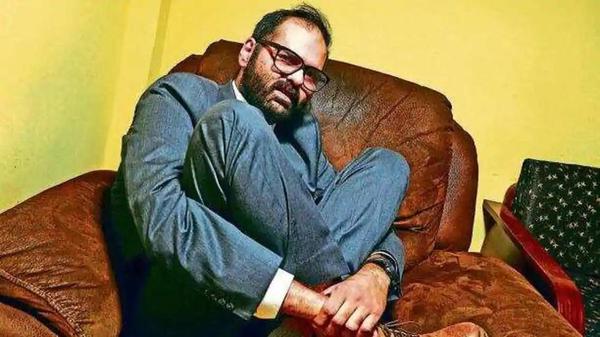 Can the Indian state save itself from satirists?

Over a century ago, when Bengali writer, illustrator and publisher Sukumar Ray wrote his satirical poem , he lampooned the administrative excesses of the British Raj. In the topsy-turvy world of his lyric, poets are held in cages, presumably for offending the powers that be. Penalties are imposed for the slightest slips, such as sneezing without “a ticket”. 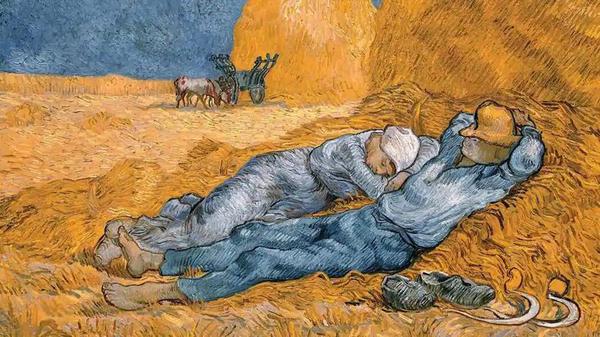 Neha Tiwari, a 35-year-old bookstore-café owner in Pune, was already suffering from insomnia and post-traumatic stress disorder when the covid-19 pandemic broke out and her sleep routine went out of whack. “The pandemic has been rough for a lot of people, and it has definitely affected me, especially since I run a small business,” she says. “But it wasn’t too much of a difference, since I have always had trouble sleeping.” 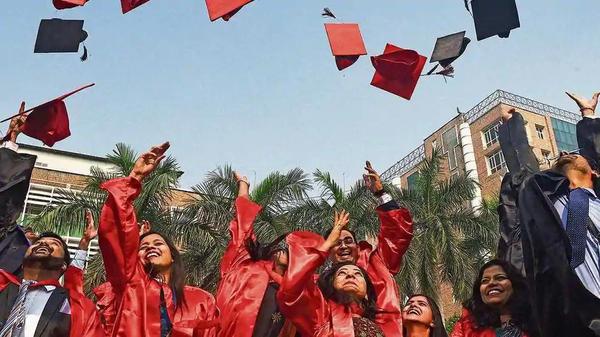 Milestones have a special place in our lives. Cutting the 13th birthday cake, throwing the graduation hat on commencement day, buying gifts for parents with the first salary, deciding the colour of the wedding dress, holding your newborn—these moments stand out in our “life timeline”, providing a rear-view mirror of sorts to look back on our journey. That’s why we want to turn them into special occasions, even spectacles, to bookmark them in our memories. 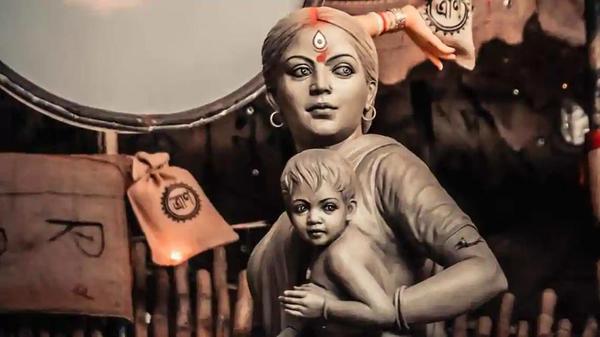 Whose Durga Puja is it anyway?

Durga Puja has arrived in unusual circumstances this year due to the covid-19 pandemic, but not without its share of controversies. Whereas in the past the self-proclaimed custodians of Hindu religion have routinely flown into a rage, offended by Bengali festival cuisine (which, no surprise, leans heavily towards non-vegetarian fare), this year public passions have been stoked by audacious representations of the goddess. A memorable example of the latter, which is being ubiquitously discussed o 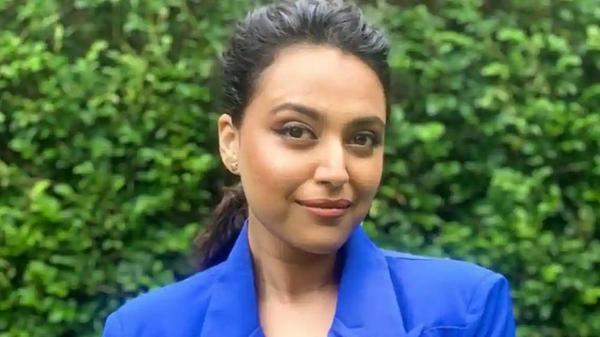 I am willing to fight and pay a price: Swara Bhasker

Swara Bhasker recounts a formative moment from her childhood in the “Foreword” to , a new book that maps the evolution of democracy in India and its culture of protests in the last decade. At the age of 10, the actor writes, shortly after watching Amitabh Bachchan’s character being denied entry to a club in (“because of a sign saying ‘Indians and Dogs Not Allowed’”), she became aware of the discrimination practised in the apartment complex where she lived with her family in Delhi. 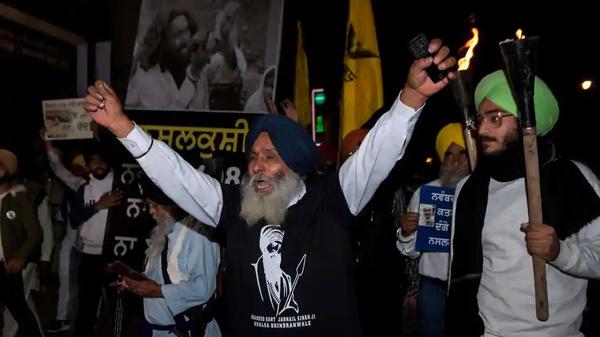 From Godhra to Shaheen Bagh, there are many 1984s: Sarbpreet Singh

On 31 October 1984, as the Tinsukhia Mail was about to reach Kanpur station, the news of the then Prime Minister Indira Gandhi’s assassination by her Sikh bodyguards reached the passengers aboard the train. It’s not hard to imagine the consternation the rumours must have caused, but in Sarbpreet Singh’s story “The Survivor”, included in his new collection , we glimpse the human face of the tragedy vividly—first, through a haze of bitter irony, followed by a pall of horrific violence. 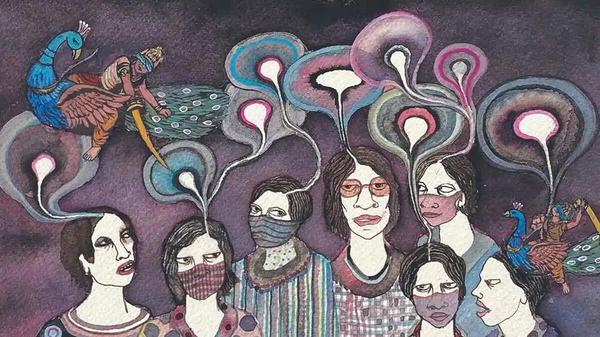 The covid-19 pandemic has pushed many of our physical life experiences into the virtual realm. Seeing a mental health professional is no exception. In the days of yore, a session with the therapist would involve commuting to their clinic, whiling away some time in the waiting room, then sitting in front of them for roughly an hour and speaking, before making the journey back home. 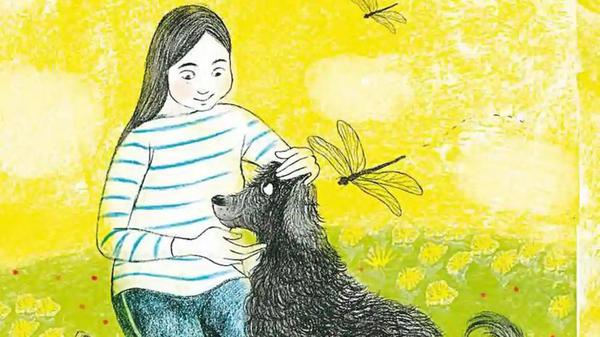 In the last quarter of her new book, C Is For Cat D Is For Depression (Scholastic India, 495), Kairavi Bharat Ram hurls a couple of riders at the reader: “But is anyone really normal? Is anyone really fine?” 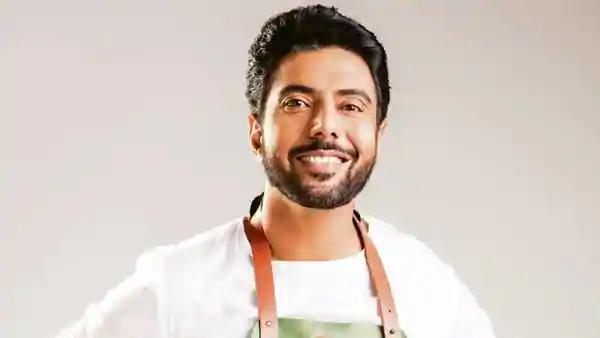 Ranveer Brar has crossed many milestones as a celebrity chef, but the recent addition to his multi-feathered cap was hitting the 1-millionth-follower count on Instagram. To mark the occasion, he launched a new project this week, in association with the National Association of Street Vendors of India (Nasvi) to help street-food sellers across the country safely restart their business in a post-pandemic world. 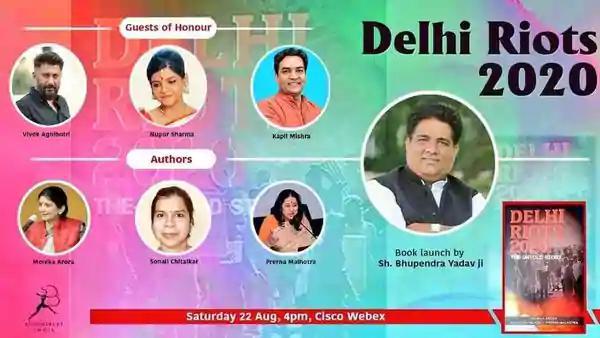 Opinion | Bloomsbury India cares neither for freedom of speech nor for society Faced with a controversy the company has swiftly distanced itself from a book on the Delhi violence in February. But it’s too little, too late
Load More
Close ✕